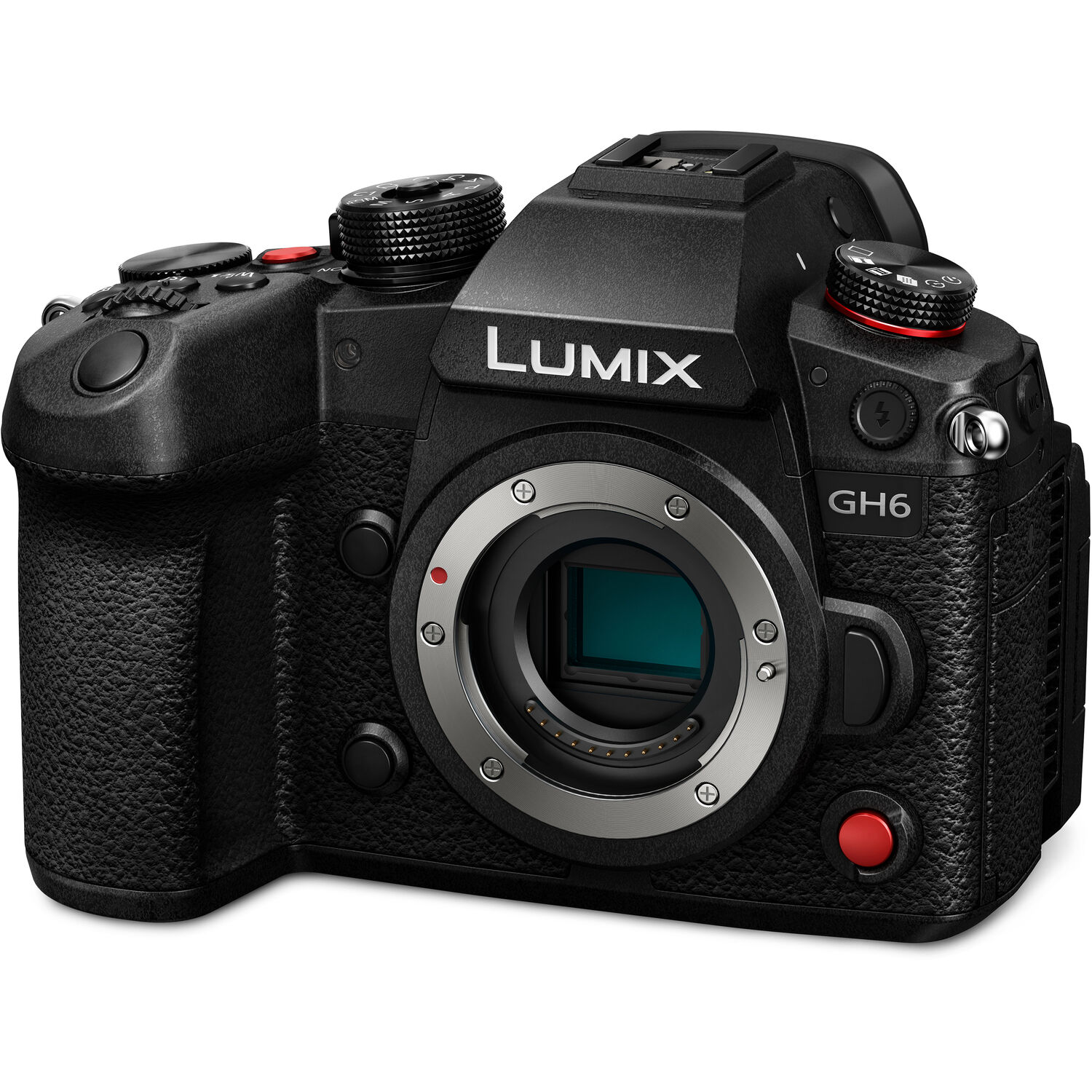 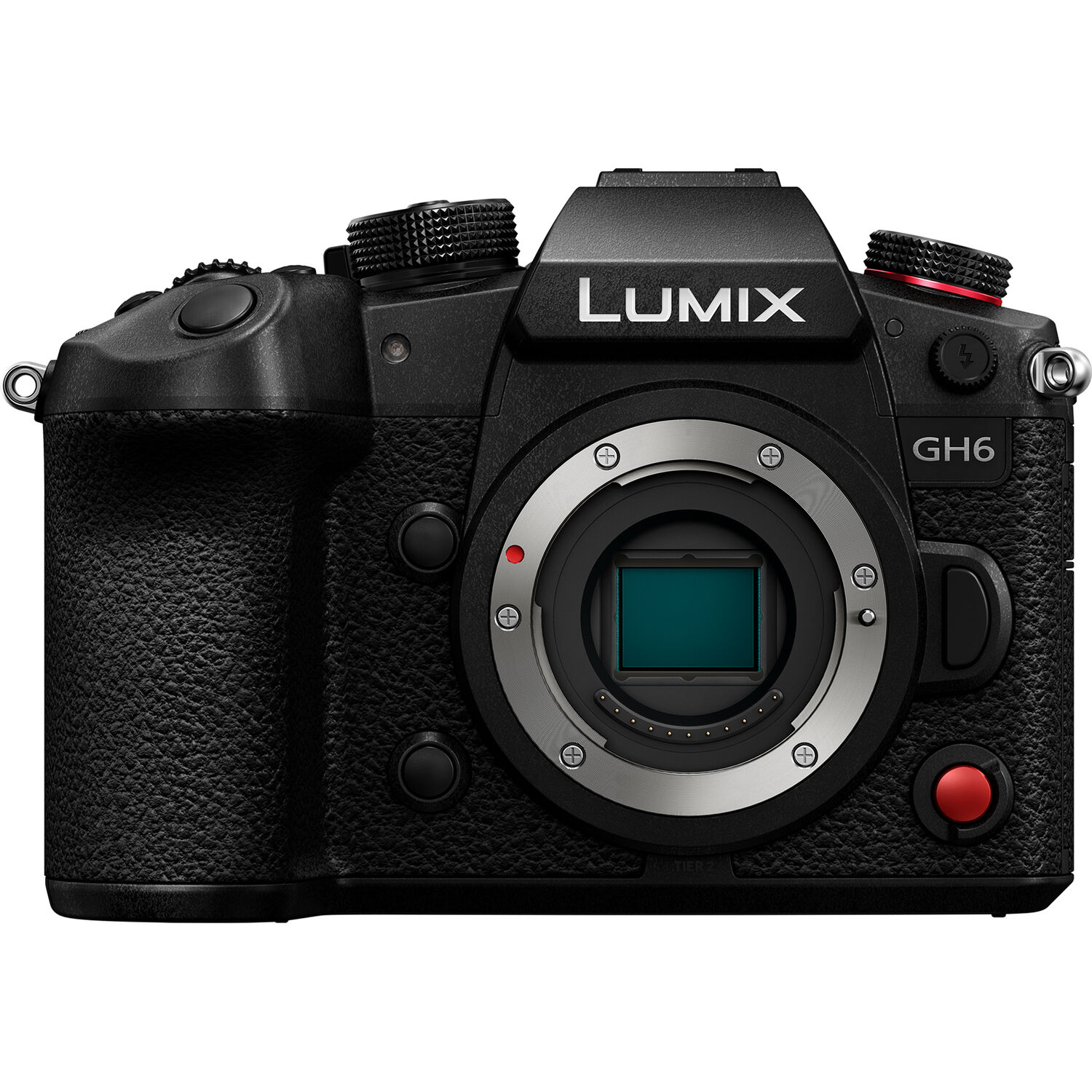 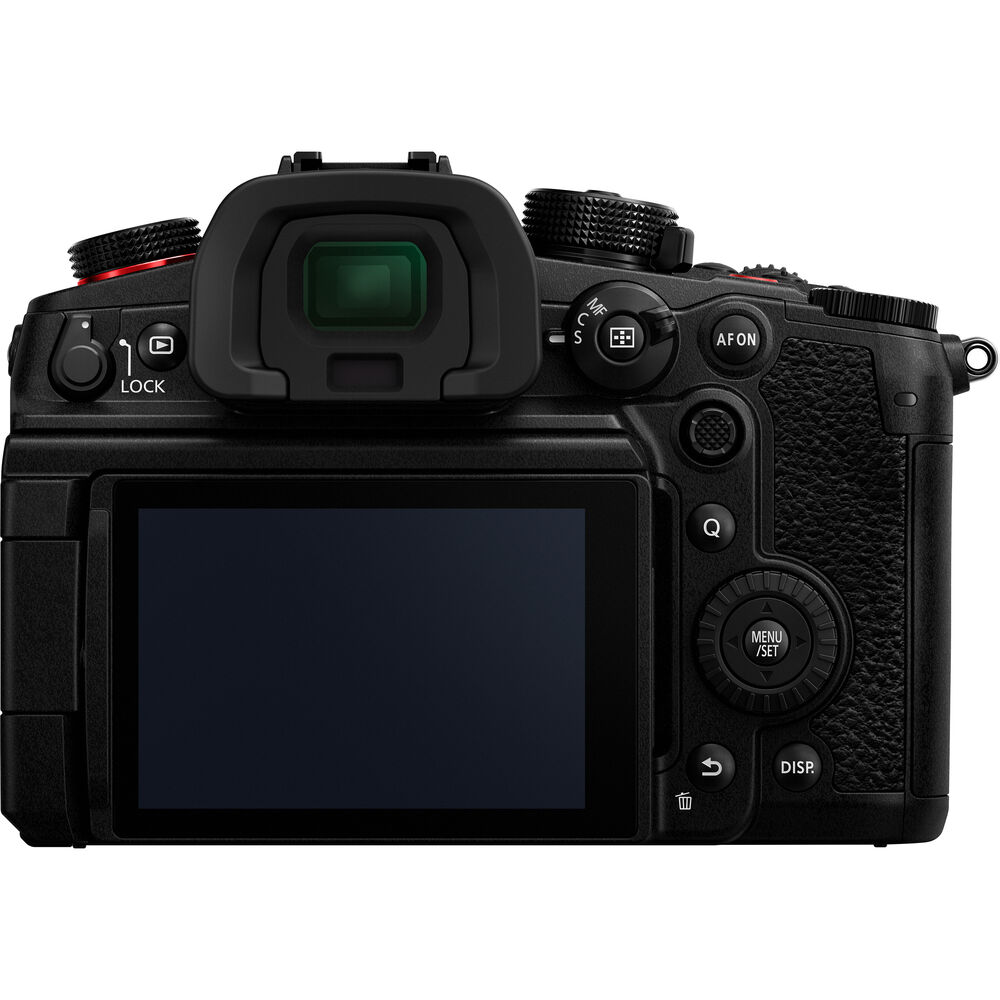 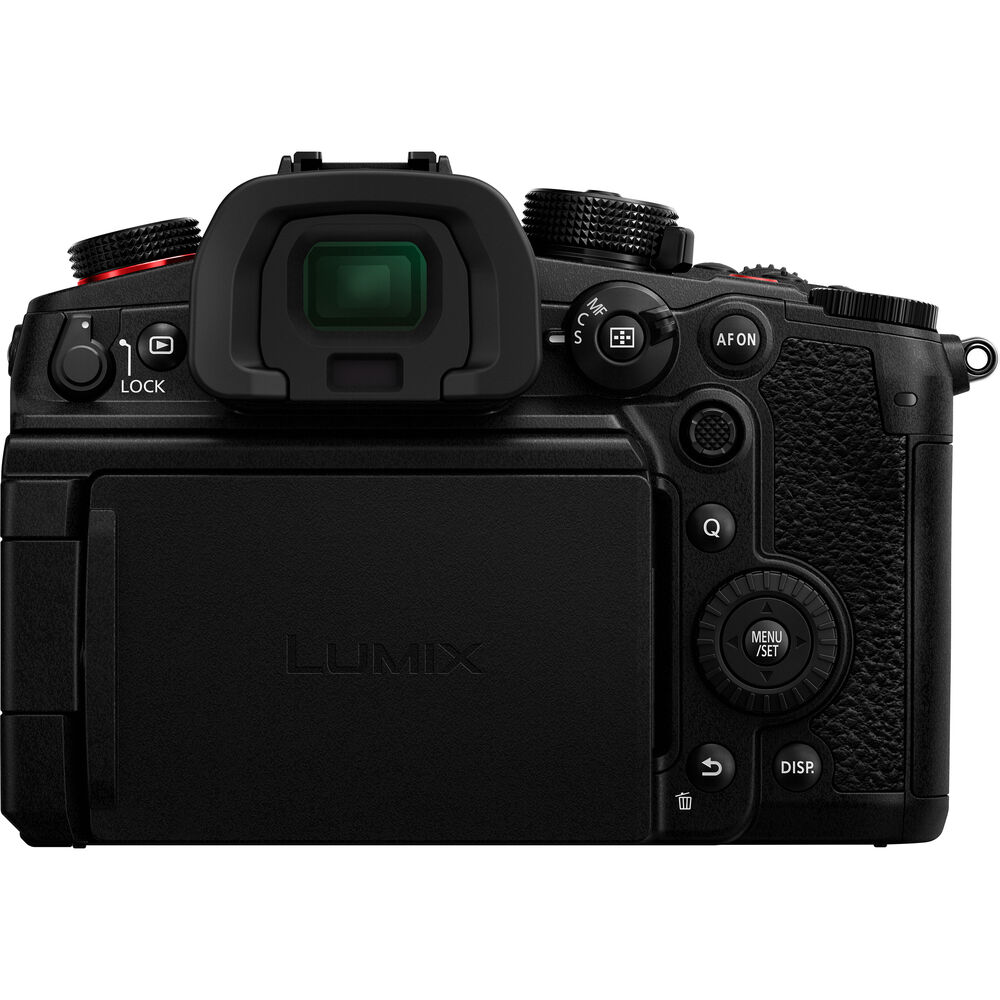 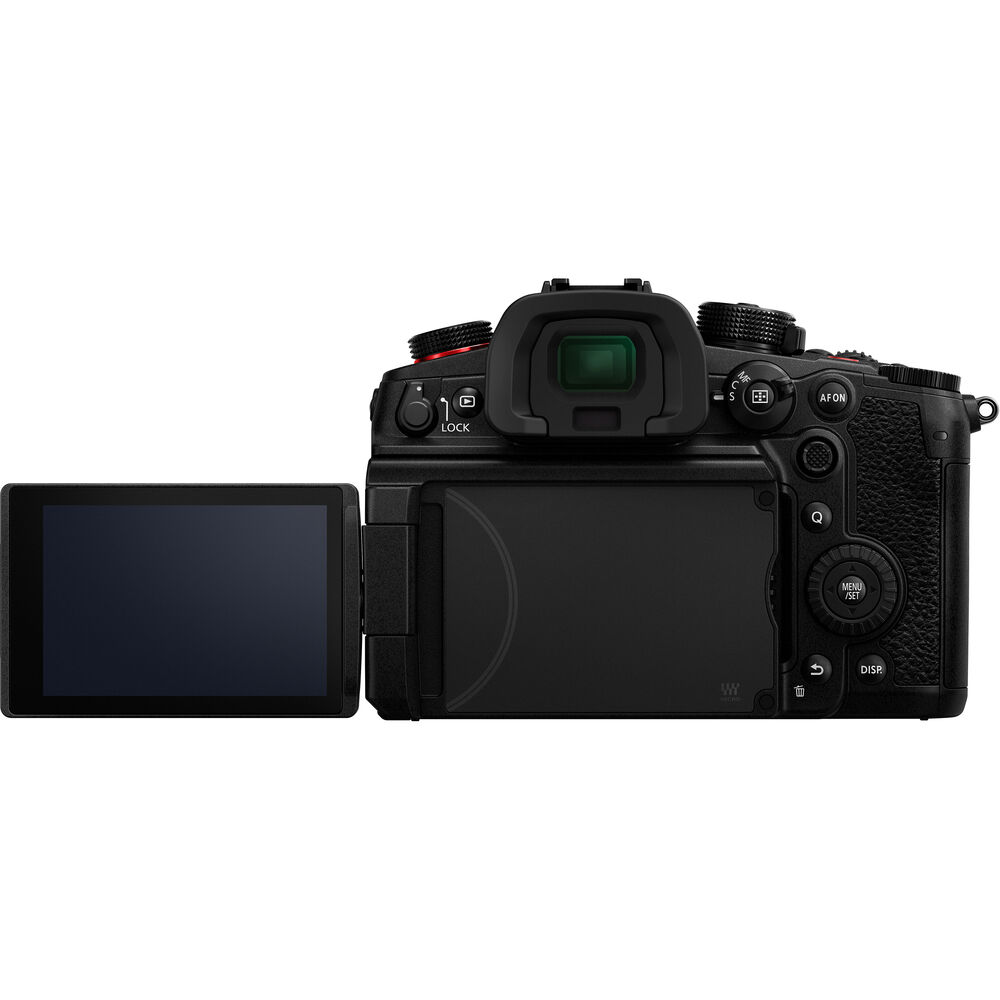 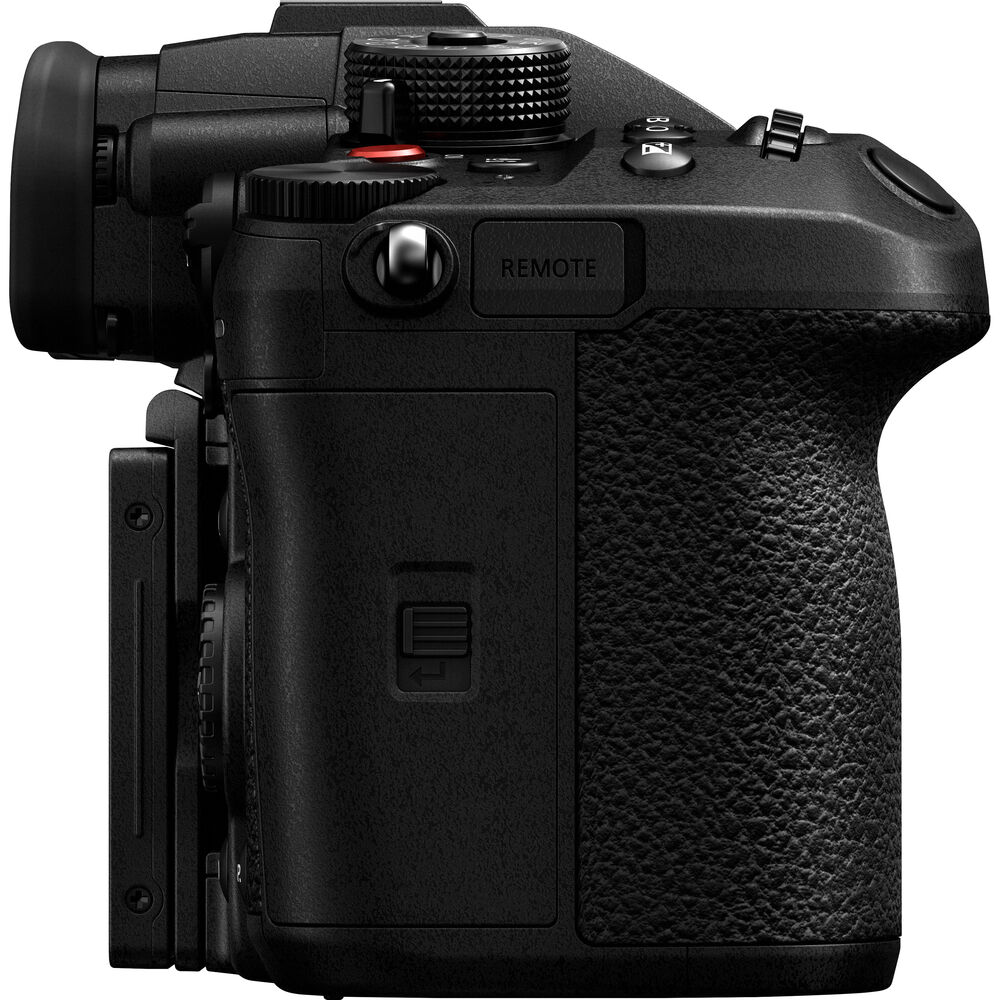 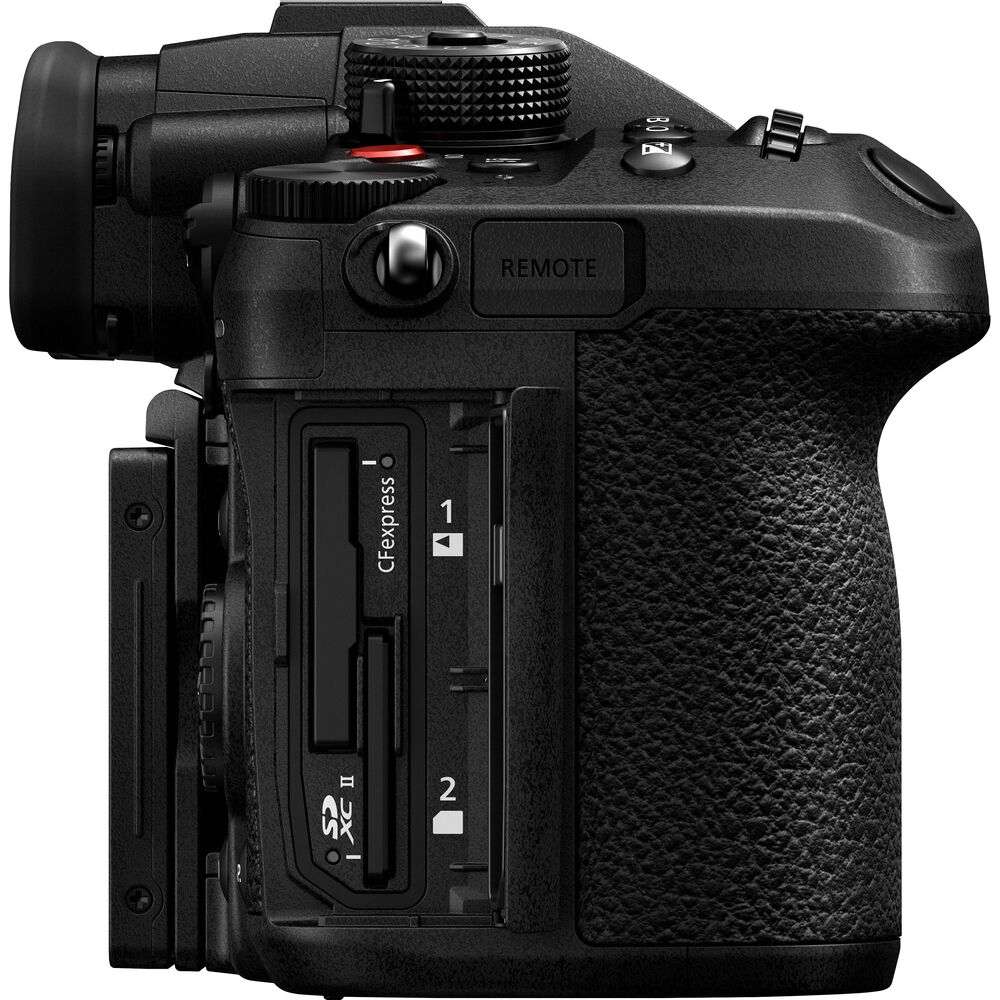 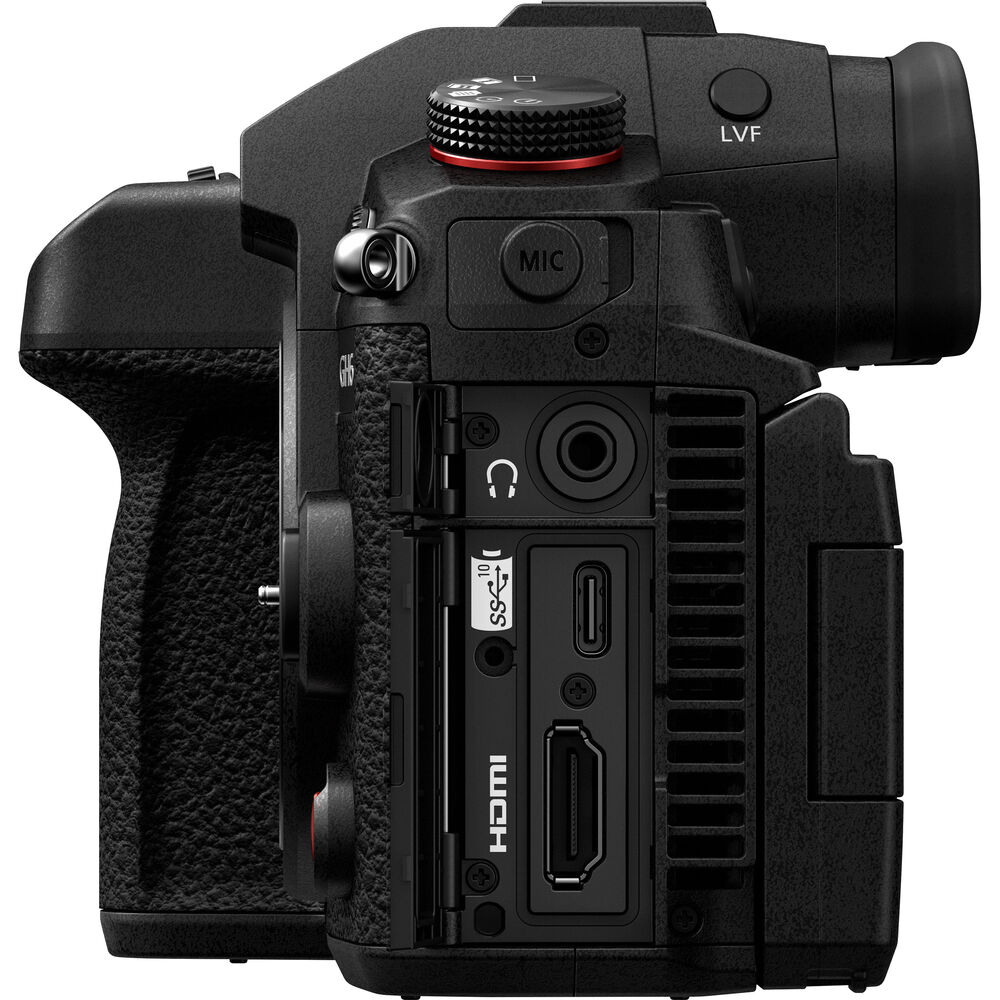 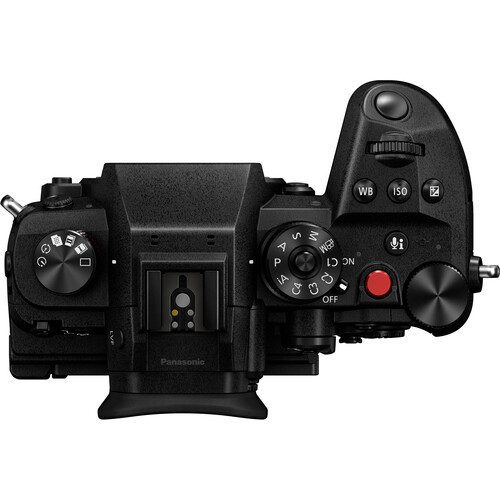 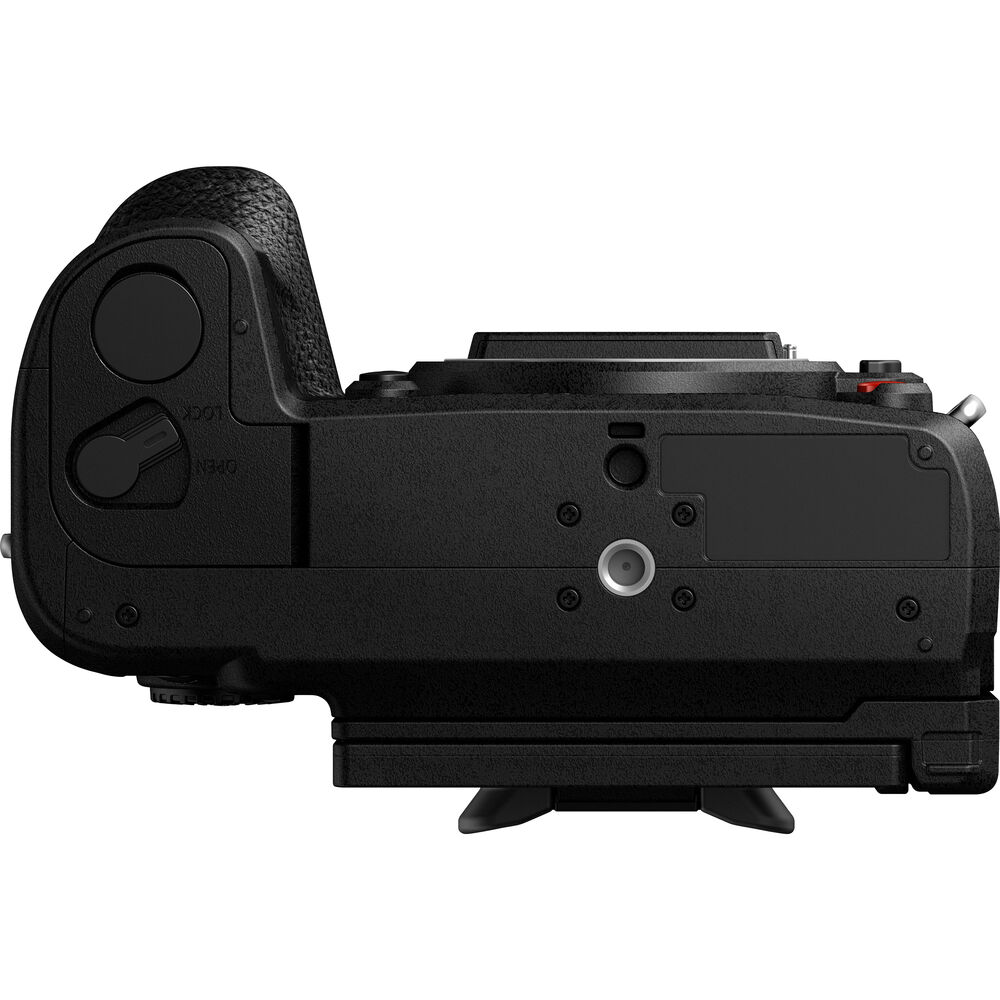 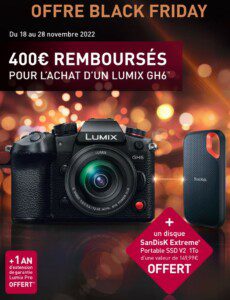 A pioneer in the Micro Four Thirds class, the Lumix GH6 Mirrorless Camera from Panasonic is a petite beast that challenges full-frame rivals, a powerful hybrid addition to the video-centric GH series that offers cutting-edge tech to cinematographers and photographers alike. The improved processing power of the Venus Engine enables fast sensor readouts for internal recording of 5.7K 30p in Apple ProRes 422 HQ, FHD 300p, and handheld 100MP photos. The GH6 properly exposes across 13+ stops, features in-body, sensor-shift stabilization, and can be spliced into VariCam footage with its pre-installed V-log image profile. Panasonic has created a compact flagship camera that professionals can choose for stills, as primary workhorse for independent cinema, or as an extra angle on feature productions.

Redesigned from the ground up, this sensor improves upon its predecessors in the GH Series with new silicone and software. It has an improved 13+ stops of dynamic range despite its reduced cell size due to the increased number of pixels on the Micro Four Thirds sensor. Use a CFexpress Type B card to internally record 5.7K Apple Pro Res 422 HQ, or the SD slot to capture 10-bit 4K120p footage. The ability to record high bitrates and an unlimited recording time set this camera apart from any of its predecessors.
For maximum sharpness, the sensor is unhindered by a low-pass filter; it smooths out any moiré through intelligent detail processing from its updated Venus engine. Relying on its next-generation image stabilization, this camera synthesizes eight distinct images into a single 100MP image – all without requiring a tripod.

In-body, sensor-shift, 5-axis image stabilization is obtained with a high-precision gyro-sensor and a stabilization algorithm. At all focal lengths, this stabilization technology offers 7.5 stops of deviance from the shutter speed dictated by the reciprocal rule.

The processing speed of the autofocus has been tripled, powering the 315-area contrast-detection depth-from-defocus (DFD) system. The updated algorithm calculates the distance to your subject and predicts whether it is moving closer or further away from the camera, anticipating where it will be for the following frame. It functions by collecting data from several focal planes, then creating a 3D, real-time depth map.

The subject-tracking focusing system also supports face, eye, head, body, and animal recognition. The autofocus will automatically switch from body recognition to face, then eye recognition as the subject approaches the camera for improved sharpness.

The GH6 supports unlimited recording up to DCI 4K at 60p with 4:2:2 10-bit sampling for pristine detail and depth in color grading.

Shooting in V-Log and V-Gamut will give you 12+ stops of dynamic range, which can be increased to 13+ stops by activating its dual-analog gain circuits with Dynamic Range Boost Mode. One circuit using ISO 800 absorbs the richness of the visible spectrum while maintaining detail in the highlights, and ISO 2000 captures low-noise gradients of black in the shadows.

The well-exposed picture is composited once passing through the Image Synthesis Dedicated Circuit. This makes it different from a dual-native design because you’re not selecting one ISO or the other, but both are working in tandem. Dynamic Range Boost Mode is available for footage shot up to 60 fps.

Panasonic recognizes the importance of shooting extended clips and has designed the GH6 to not have a maximum record time. Extended takes like interviews and live events can be recorded in their entirety, reducing sync errors, and simplifying data management. This is made possible by a fan-driven active cooling design that radiates heat away from the sensor.

3D noise reduction is achieved by comparing three sequential frames, then automatically scrubbing the noise which appears in only one of the three frames. Intelligent detail processing eliminates the need for a low-pass filter and smooths fine details like hair and wires to minimize moiré patterns.

Edit seamlessly with VariCam cameras with accurate color reproduction and subtle gradations from dark areas to highlights. V-log and Hybrid Log Gamma preserve the maximum amount of data, leaving your colorist with plenty of latitude to shape the aesthetic with creative LUTs. The GH6 supports both .CUBE and .VLT formats for V-Log View Assist in real time to approximate the final look of your deliverable.

Store up to 10 anamorphic lenses on the GH6 for quick swaps and ready-to-view, desqueezed footage. Images can be desqueezed in cinescope size. Magnification rate is also selectable from 1.30x, 1.33x, 1.5x, 1.8x or 2.0x.

The Image Stabilizer Anamorphic setting is ideal for using an anamorphic lens. To properly interpret the visual information for stabilization processing, select from 1.30x, 1.33x, 1.5x, 1.8x or 2.0x depending on the lens magnification.

By shooting in high frame rate (HFR) 4K you can boost your frame rate to 120p, or 1080p will give you 240p to play with. If you can do without a scratch track, freeze time with the super-slow 300 fps variable frame rate (VFR) footage in 10-bit FHD. Autofocus remains available to actively make changes while recording up to 200 fps.

Simultaneous internal and external recording via the HDMI port broadens your options for redundancy and storage, particularly convenient when shooting live events over an hour long. Record in resolutions up to DCI 4K in 17:9 with a bit depth up to 4:2:2, 10-bit, and frame rates up to 60p, 50p, 30p, 25p, 24p.

Focus Transition, Frame Indicator, and Frame Marker improve the workflow in both production and post-production.

There are no reviews yet.