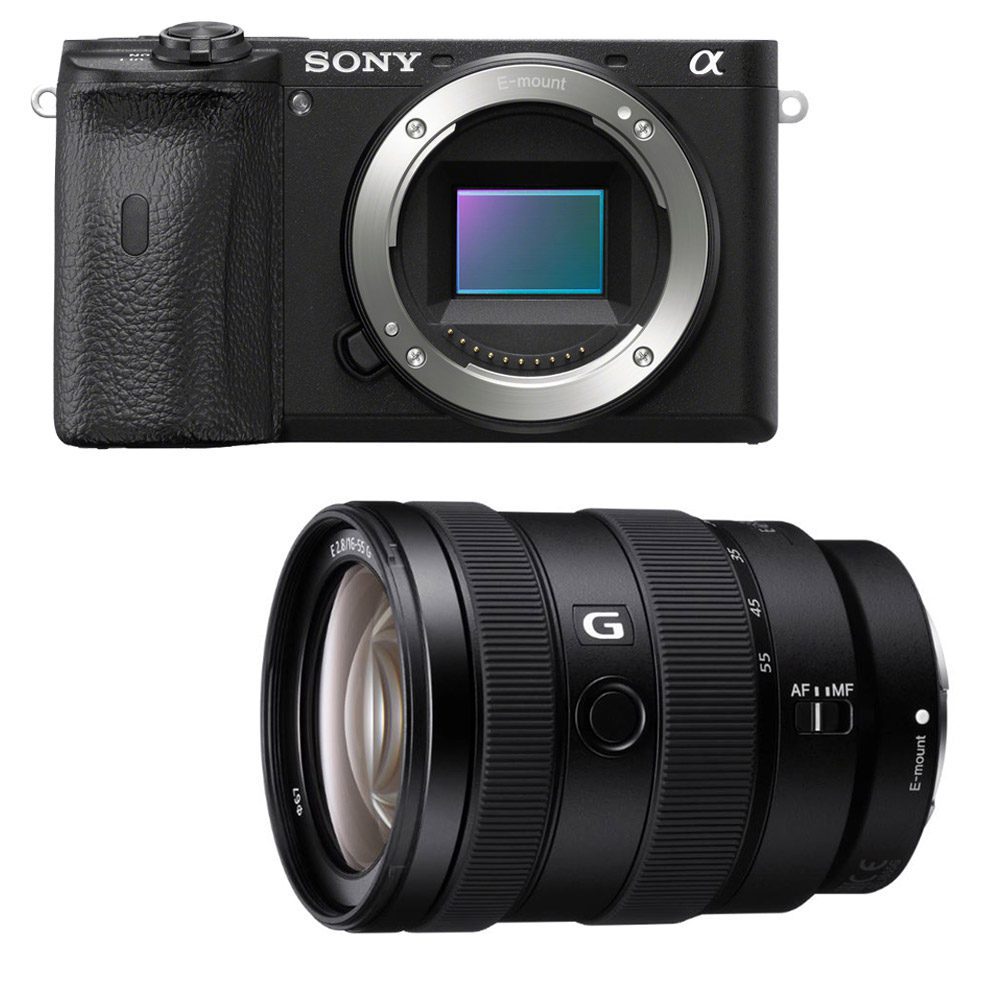 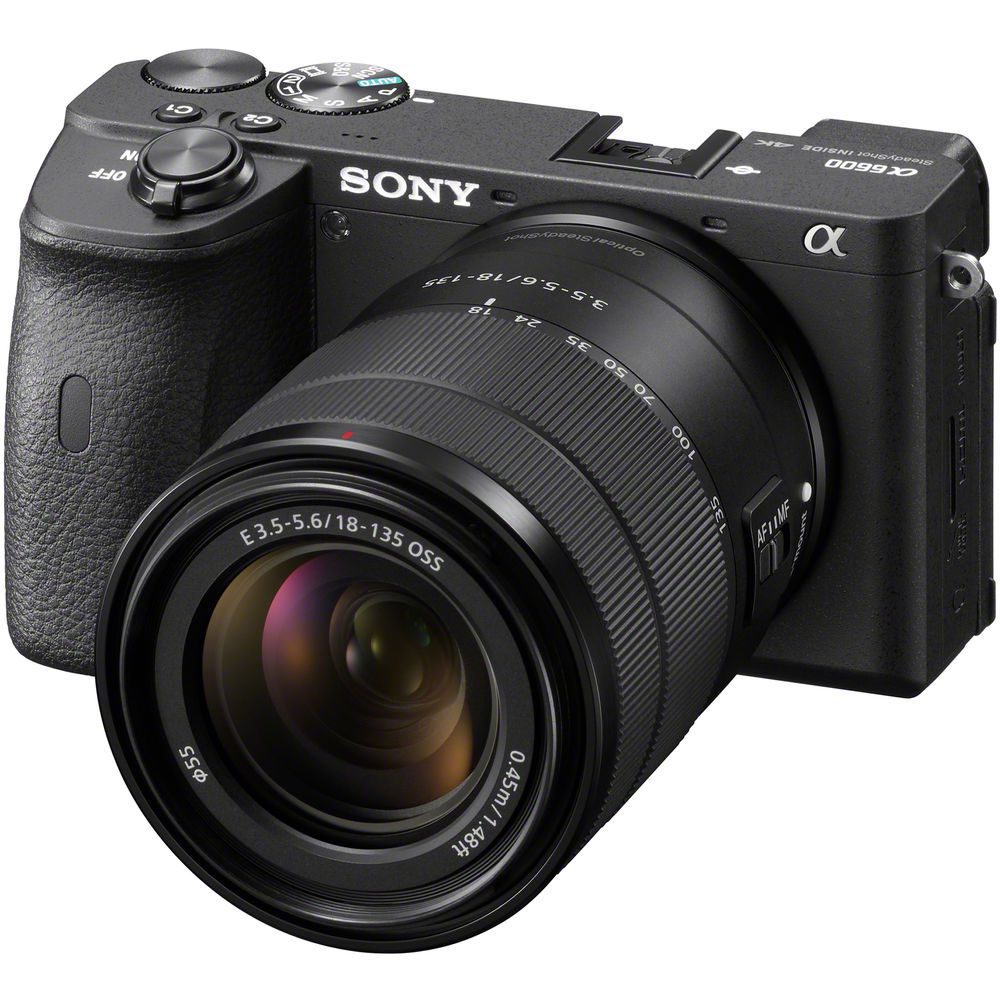 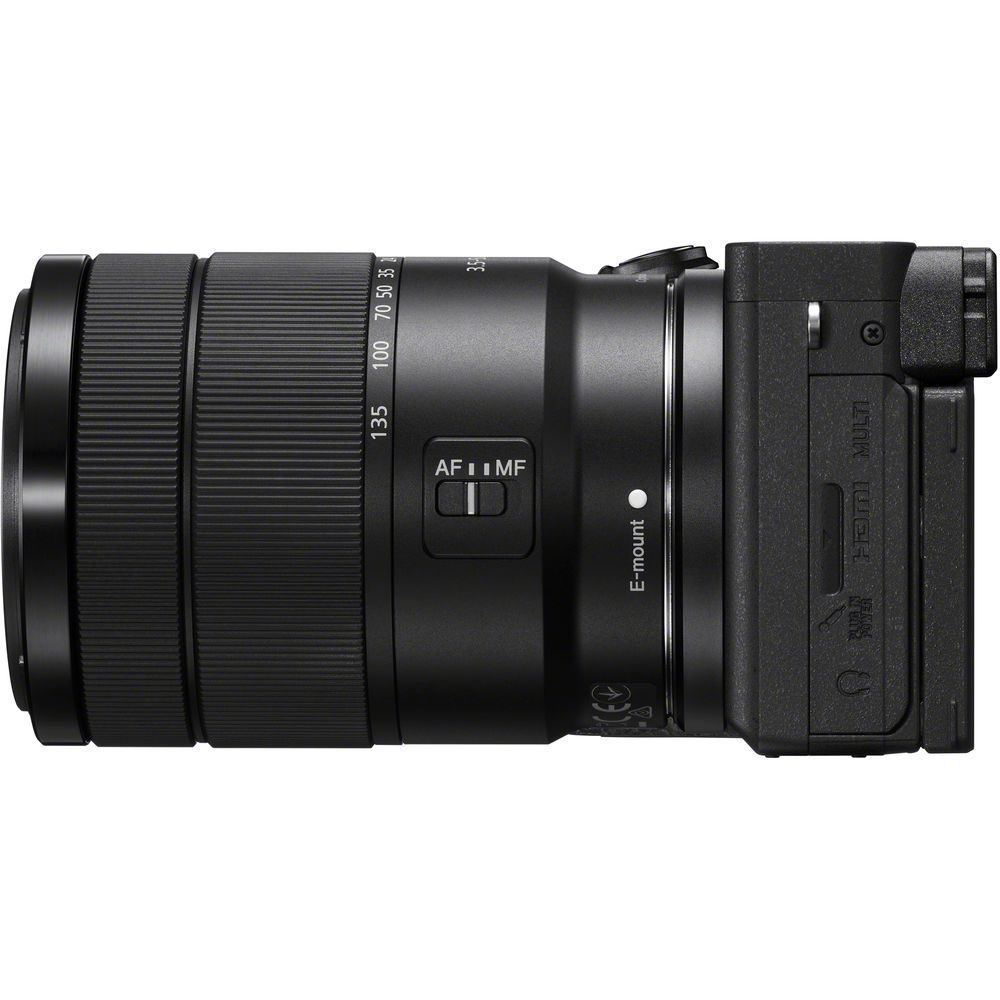 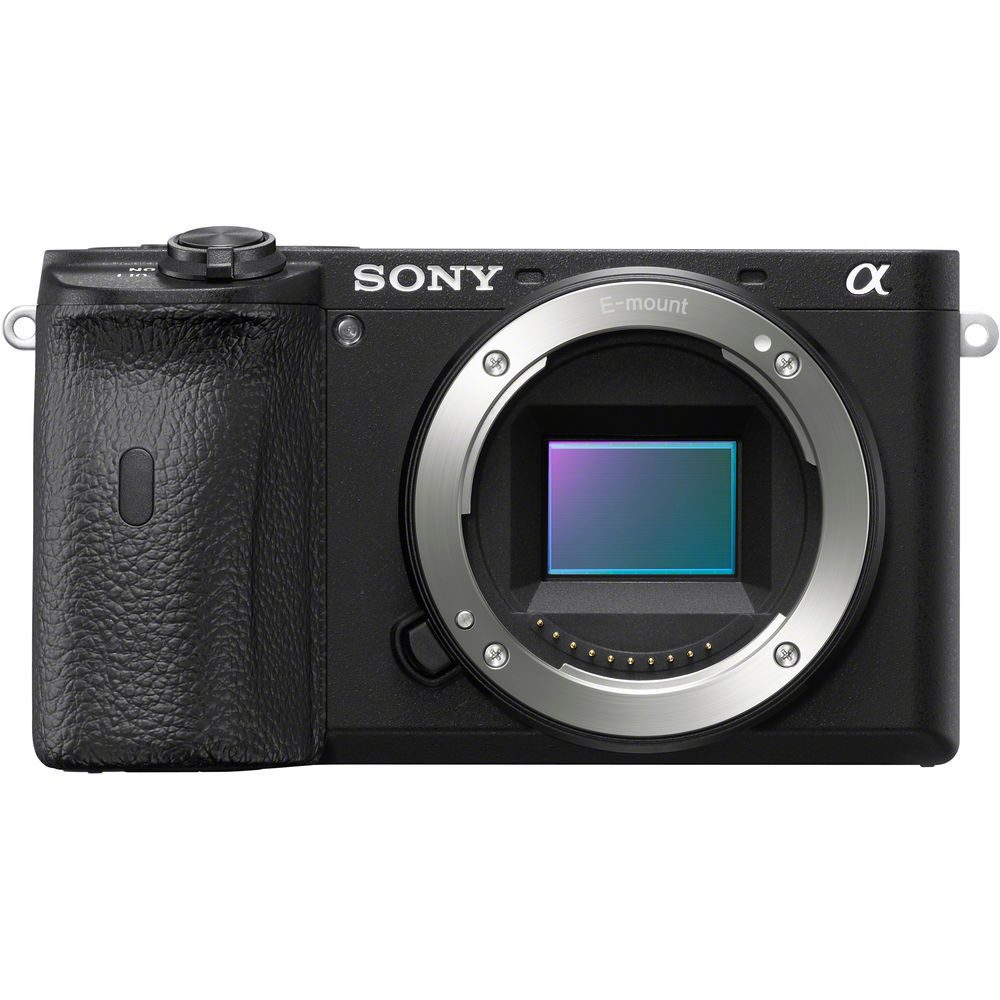 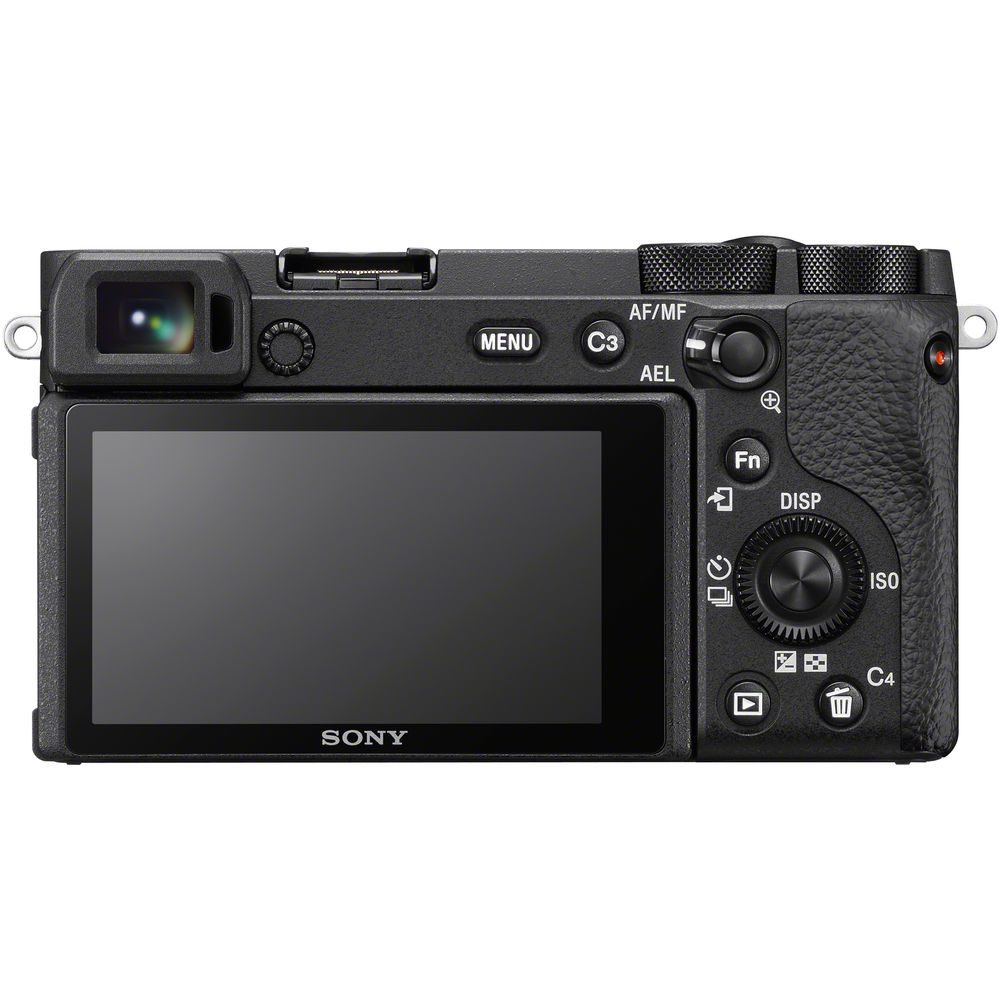 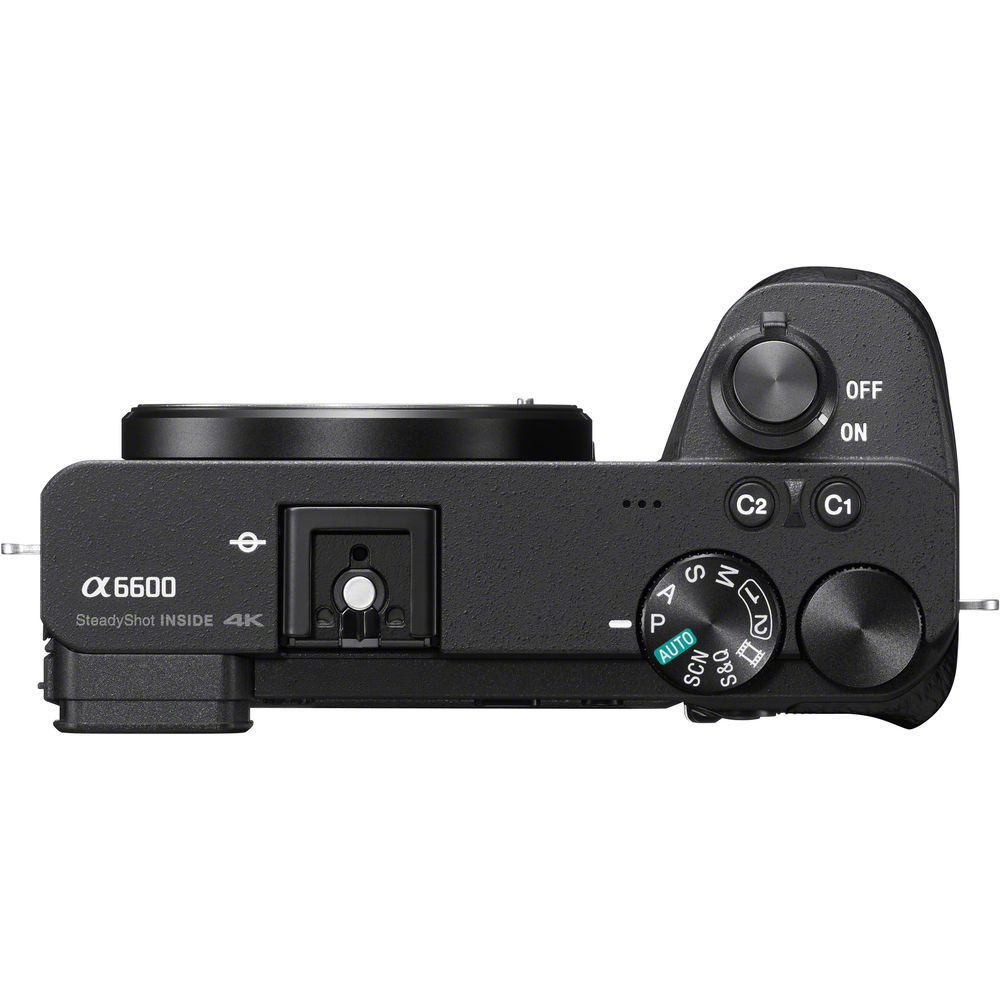 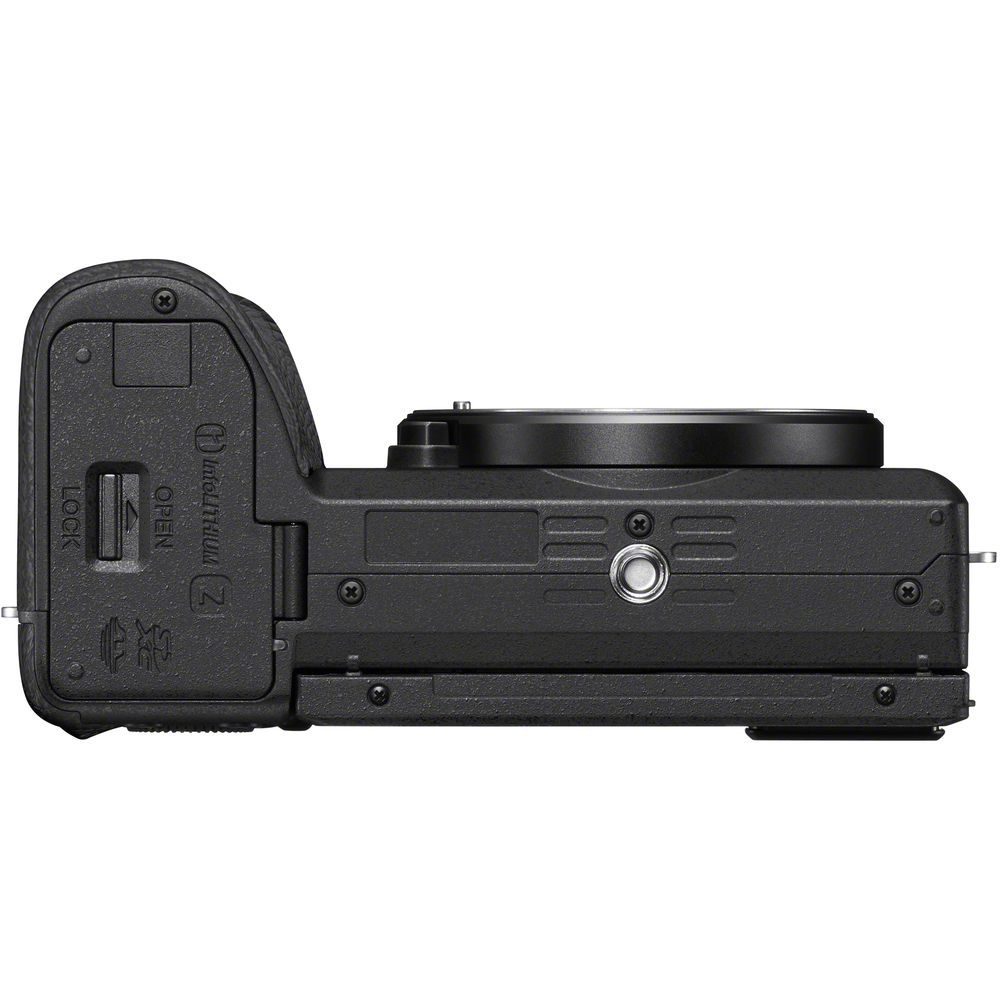 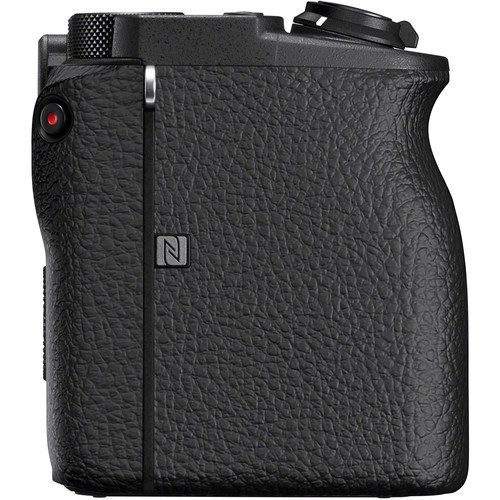 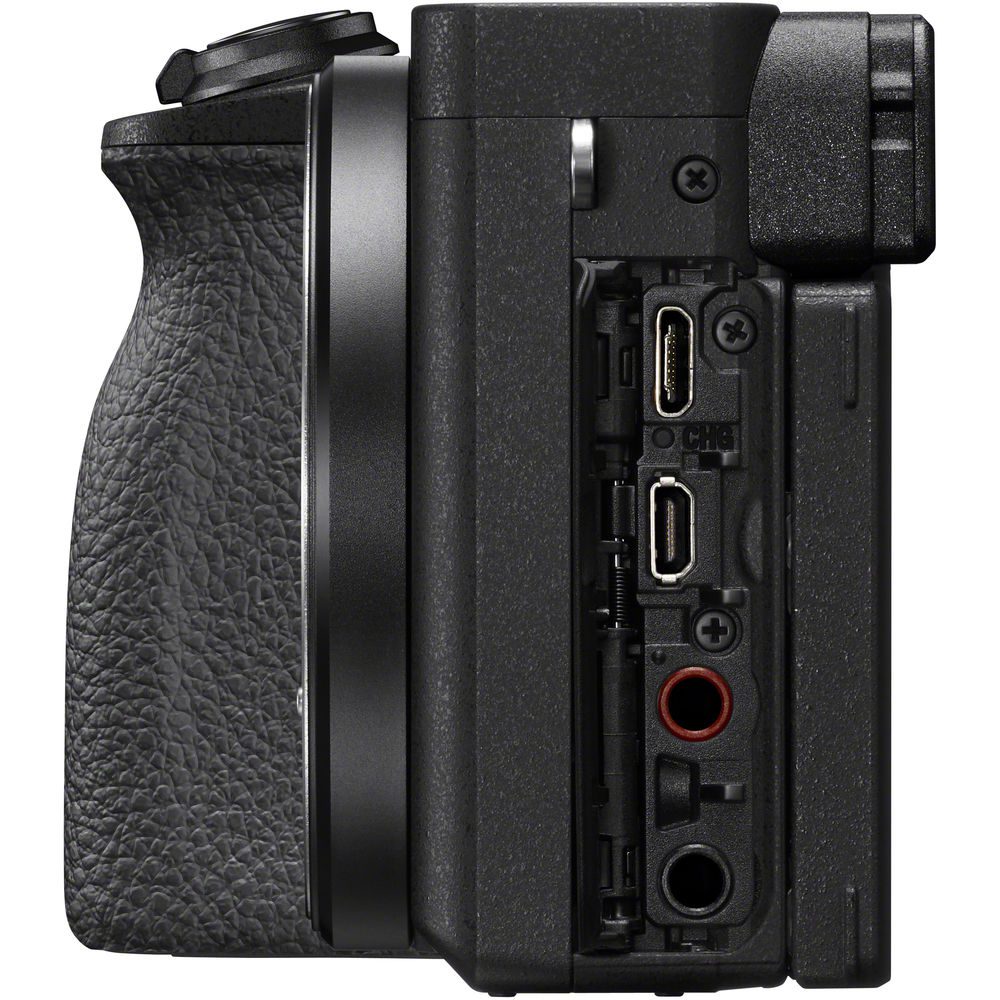 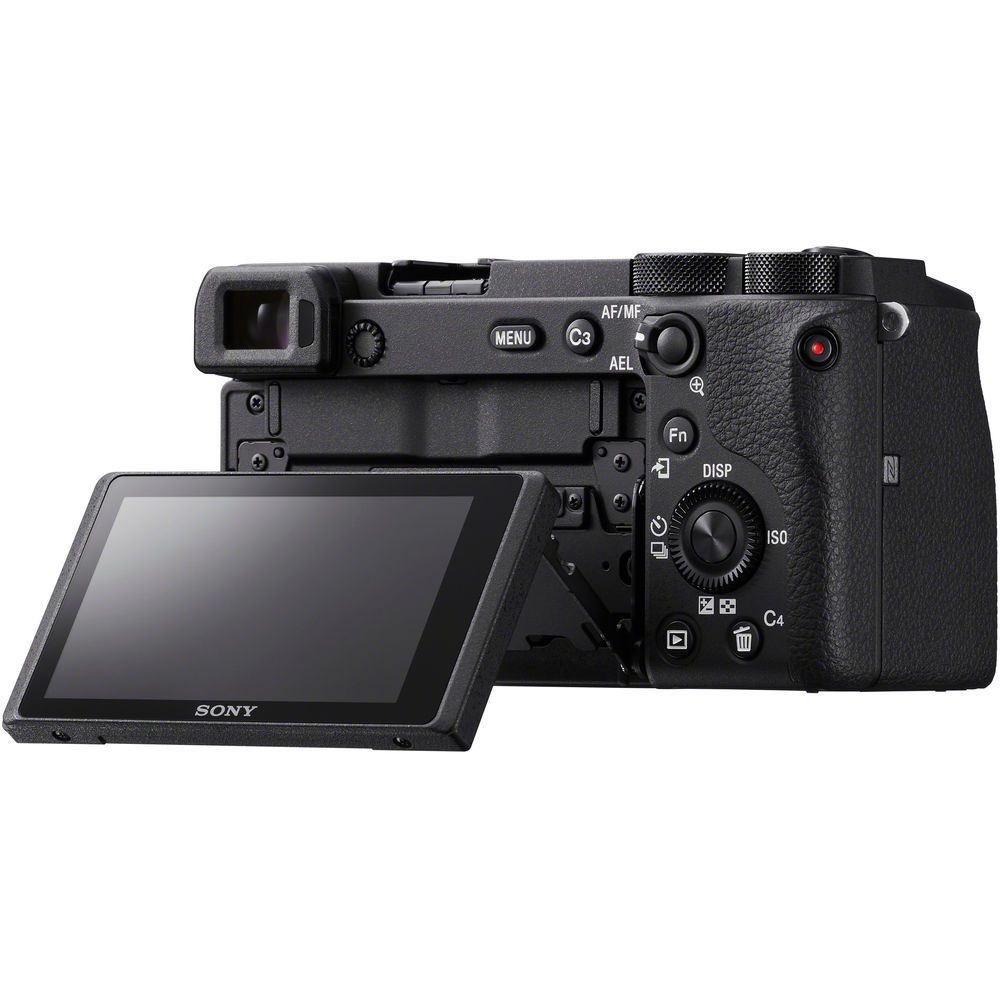 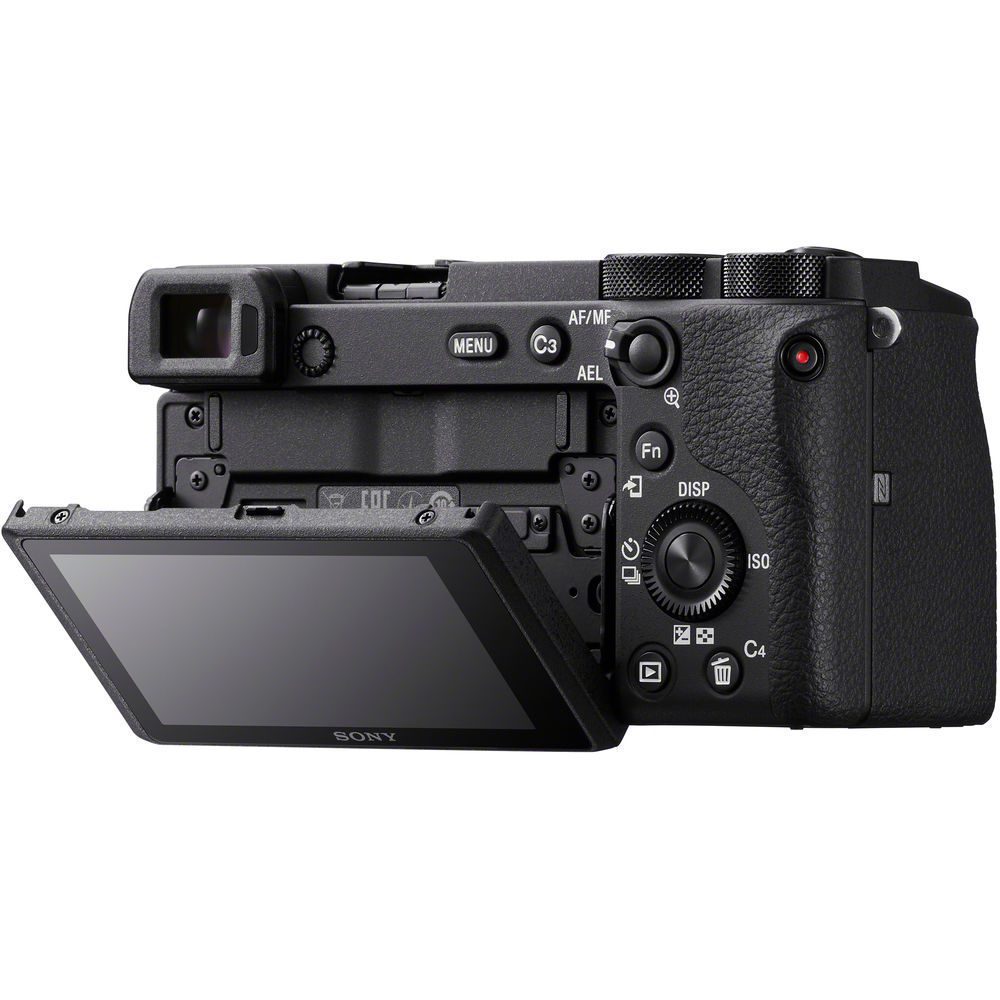 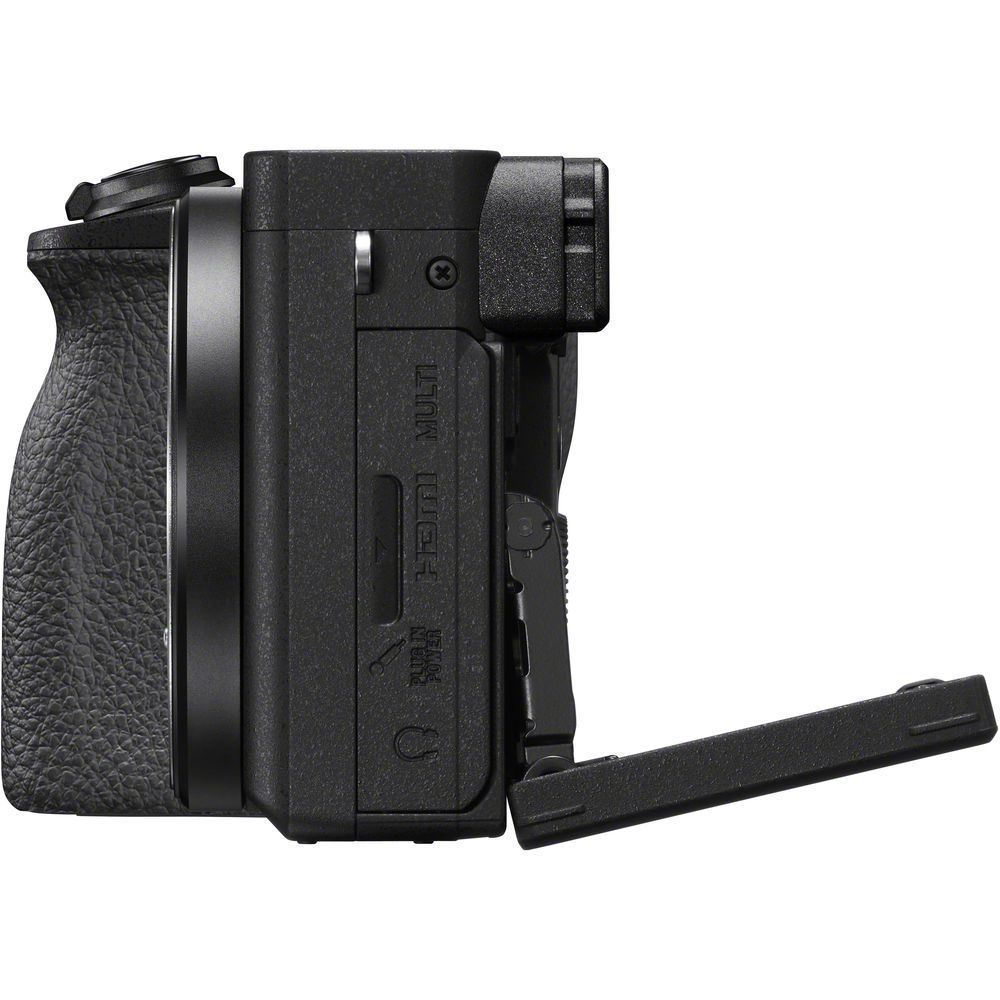 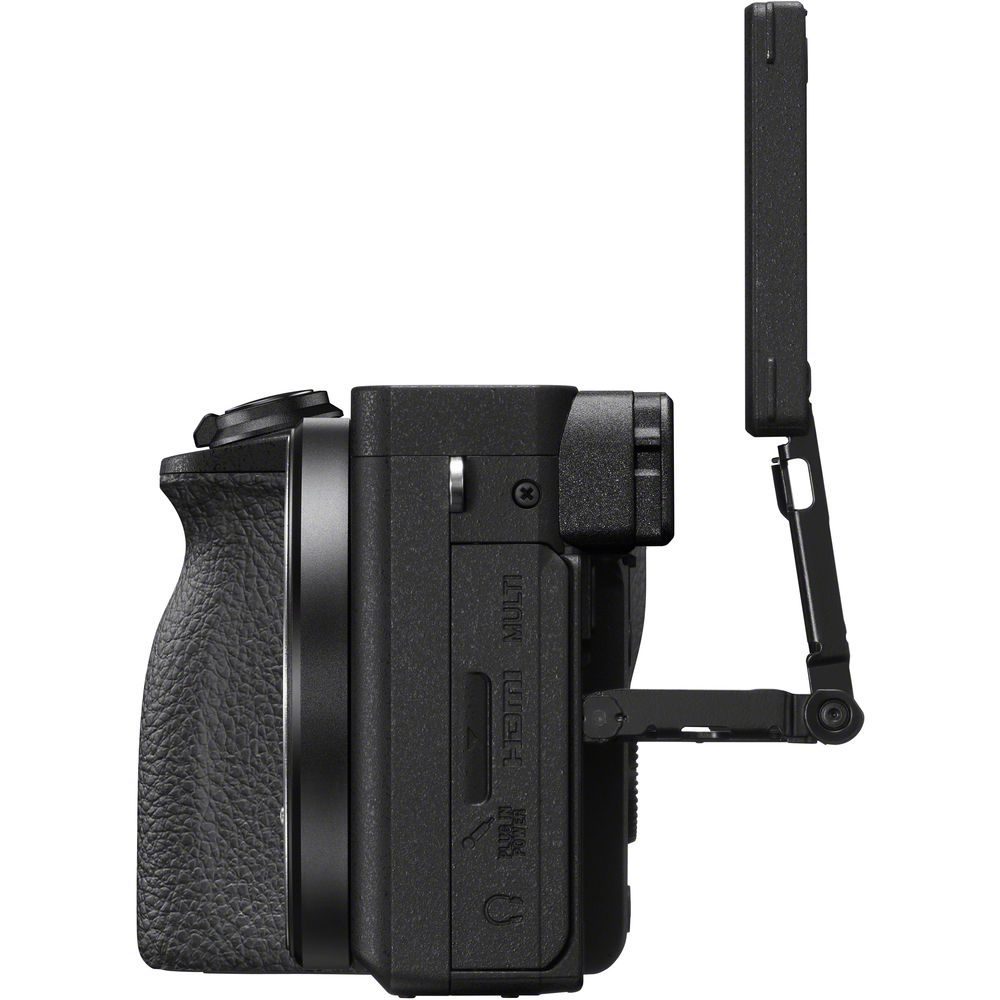 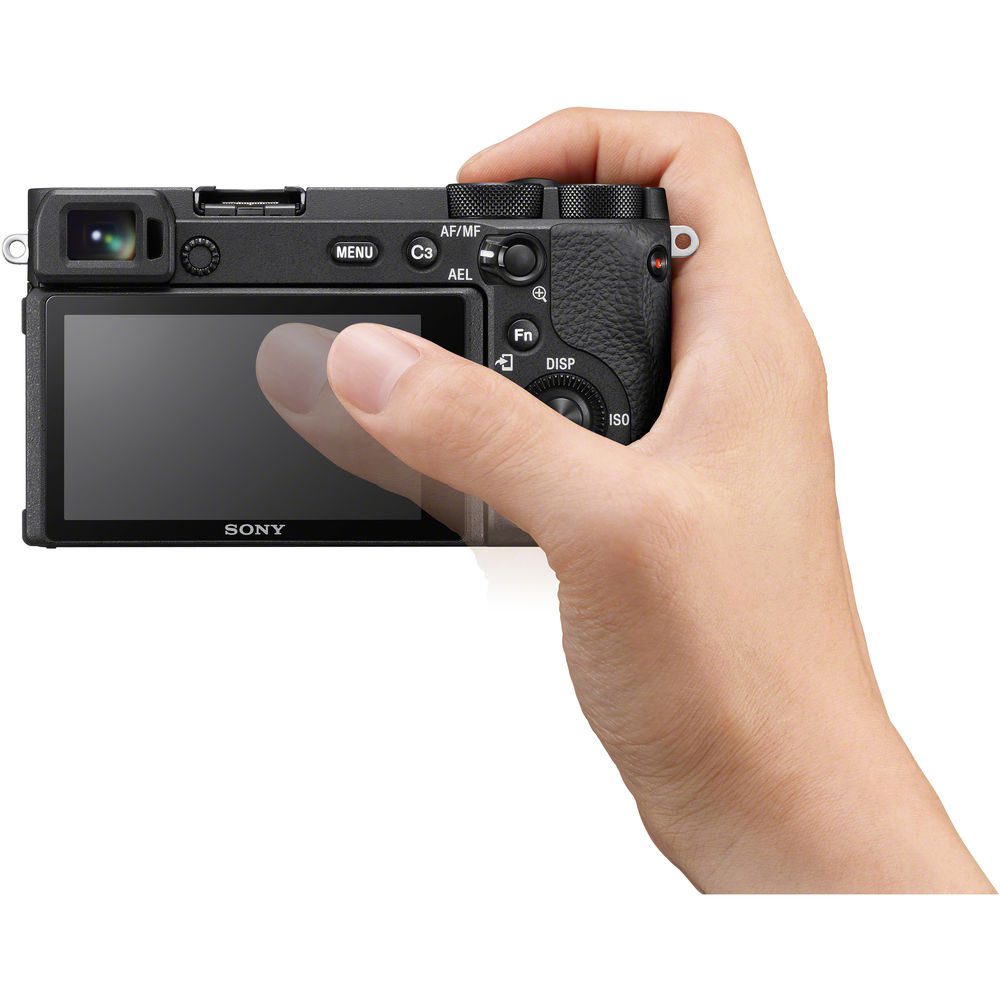 With an emphasis on speed and versatility, the Sony Alpha a6600 is a sleek-yet-fully-featured APS-C-format mirrorless camera well-suited for both stills and video.

Sporting a revised 24.2MP CMOS sensor, the a6600 is capable of producing high-resolution photos and up to UHD 4K video with no recording time limit, more efficient processing, and faster focusing. The 4D FOCUS system, which covers 84% of the image frame, utilizes 425 phase-detection points along with 425 contrast-detection areas for especially quick and intuitive performance along with Real-time Eye AF for both photo and video. Complementing both stills and video, 5-axis SteadyShot INSIDE image stabilization minimizes the appearance of camera shake with all mounted lenses to support working with slower shutter speeds.

Beyond imaging capabilities, the a6600 also sports a robust magnesium alloy body that is dust- and moisture-resistant to permit working in harsh environments. The compact profile incorporates a high-resolution XGA Tru-Finder 2.36m-dot OLED electronic viewfinder for bright, clear, eye-level viewing, and this EVF features a 120-fps viewing mode for smooth tracking of fast-moving subjects. A rear 3.0″ 921.6k-dot touchscreen LCD monitor is also available and has a tilting design to benefit shooting from high and low working angles, and the touchscreen design allows for intuitive touch-to-focus control. For video, both headphone and microphone ports have been incorporated, too, for improved audio control. Additionally, for wireless remote control over the camera, or for just sharing imagery online, built-in Wi-Fi with NFC permits linking with a mobile device for intuitive wireless control.

Internal recording of UHD 4K movies is possible in multiple frame rates up to 30 fps and, based on the Super35mm recording area and effective 6K resolution, oversampling renders greater detail and full pixel readout is possible, that is void of pixel binning, for higher quality imagery with reduced moiré and aliasing. Full-frame 4K recording has also been dramatically improved for finer quality when working at mid to high sensitivities to permit full use of the entire sensor width. Full HD 1080p recording is also supported in frame rates up to 120 fps, and both resolutions utilize the 100 Mbps XAVC S format contained within an MP4 wrapper with 4:2:0 sampling. The high-speed, 120 fps recording also enables 4x and 5x slow-motion movie recording with the frame rate set to either 30p or 24p. The a6600 also has no recording time limit, allowing for extended clip lengths. In addition to high-resolution internal recording, uncompressed HDMI output also enables the use of an optional external recorder for clean 4K recording with 4:2:2 sampling.

4K video recording also avails the ability to produce 8MP stills during playback by taking a frame grab from a movie and storing it as a separate file.

Affording extensive customizable color and gamma controls, the a6600 allows users to adjust the gamma, black level, knee, color level, and more. Also, users can use the same S-Log2 Gamma Curve that is found on high-end Sony Cinema cameras that squeezes up to 1300% more dynamic range into the video signal then traditional REC709, for increased post-production flexibility. HLG (Hybrid Log-Gamma) support is also available, along with the BT.2020 color space, for recording within a wide color gamut and, in addition to S-Log2, S-Log3 is also available for producing an effective 14-stop dynamic range with increased grading control in the shadow to mid-tone regions of the image.

Take more control over your video capture capabilities with a variety of new frame rates available in an S&Q mode. This will allow shooters to capture Full HD video at one of either steps between 1-120 fps. These settings will allow you to slow down action as well as speed up a slow-moving scene. This setting is also NTSC/PAL switchable.

An enhanced Zebra function is ideally suited to aid in monitoring exposure values in high-contrast scenes. Video signal level targets can be set from 0 to 109, and specific ranges can be set to make exposure level adjustments easier.

A time code can be used to record hours, minutes, seconds, frames on image data for more precise editing while the User Bit function can record date, time, and scene number to aid in editing together footage from multiple cameras.

Covering nearly the entire sensor area, a powerful 4D FOCUS system incorporates 425 on-chip phase-detection points along with 425 contrast-detection areas for precise focusing in as little as 0.02 seconds. The density of focusing points from this hybrid AF system also enables High-density Tracking AF Technology, which is adept at tracking moving subjects in a variety of lighting conditions. Real-time Eye AF can be used to base focus on recognized subjects’ eyes for portraits (either humans or animals) and is available for both AF-S and AF-C modes, for stills or video. The use of phase-detection points also enables the use of A-mount lenses via the optional LA-EA3 or LA-EA1 lens mount adapters with full AF compatibility.

The apt 4D FOCUS system also lends itself to a variety of focusing functions for refined accuracy, including Lock-on AF, which maintains focus on moving subjects throughout the use of a configurable frame that is set over the desired moving subject, and Expand Flexible Spot, which employs neighboring focus points to retain focus on moving subjects even if the originally selected point loses focus. Autofocus can also be used in conjunction with the Focus Magnifier function for critical focus when homing in on minute subject details.

In addition to autofocus, the a6600 also features a Peaking MF function to benefit manual focus control by highlighted sharp edges of contrast for a more objective means of acquiring sharp focus.

Packed into the svelte body is a 5-stop effective 5-axis SteadyShot INSIDE image stabilization system that compensates for five different types of camera shake encountered during handheld shooting of stills and video. This allows users to confidently use any lens, even adapted lenses, for critical imaging without encountering blur from camera shake.

For long focal lengths, the system will correct for pitch and yaw adjustments. Macro and high-magnification imagery, on the other hand, will benefit from the inclusion of horizontal and vertical shift compensation. All shooting styles will get usage out of the roll compensation. All 5 axes of stabilization will function at all times, even when used with third-party lenses and adapters or lenses with built-in optical stabilization. 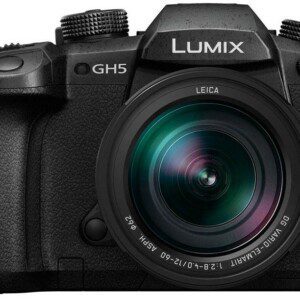 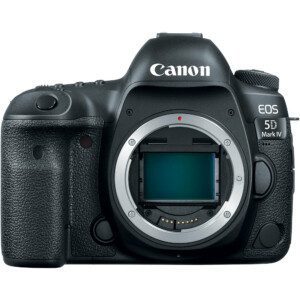 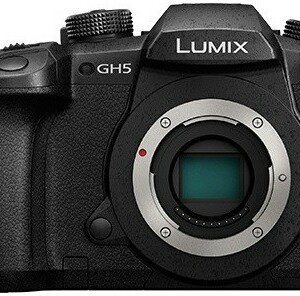 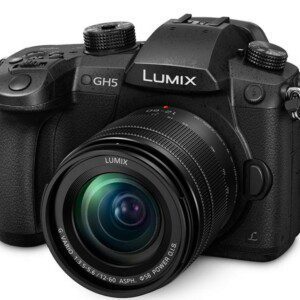 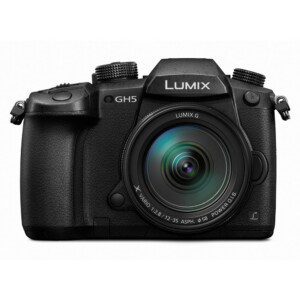 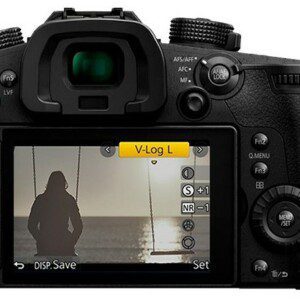 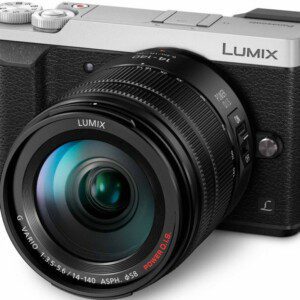 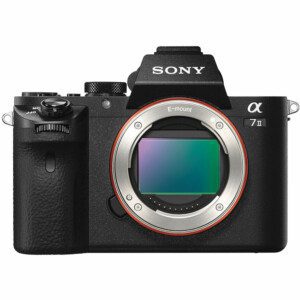 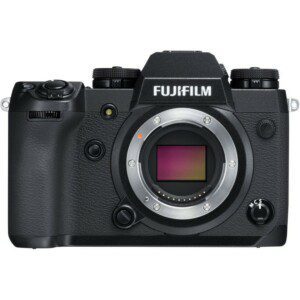 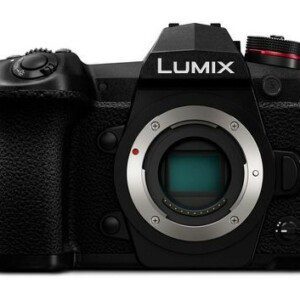 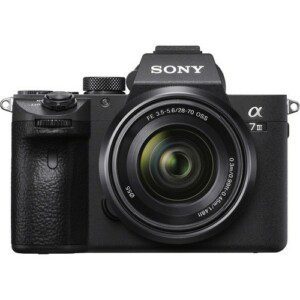 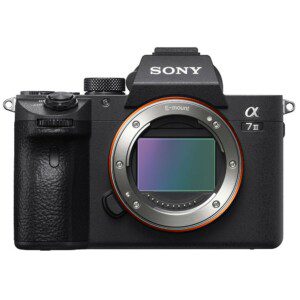 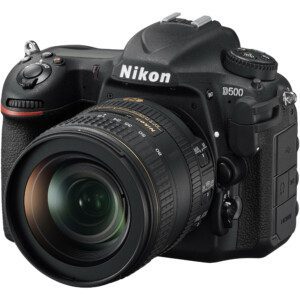 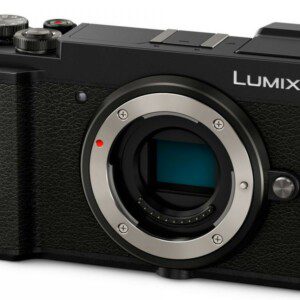