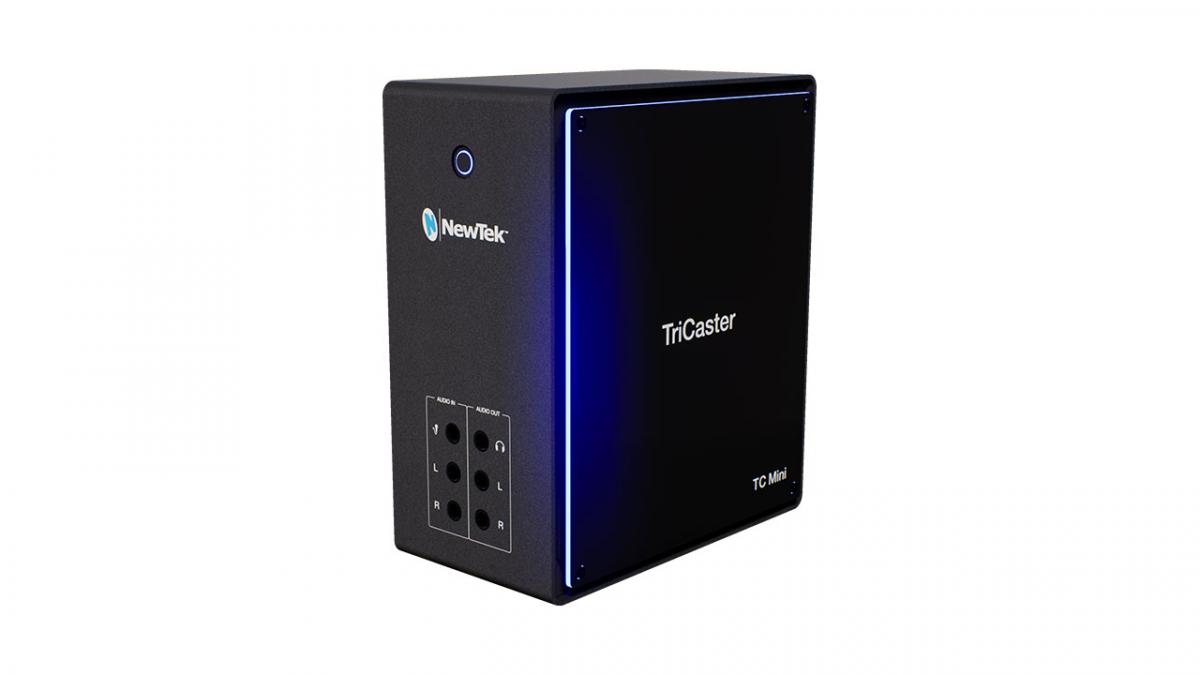 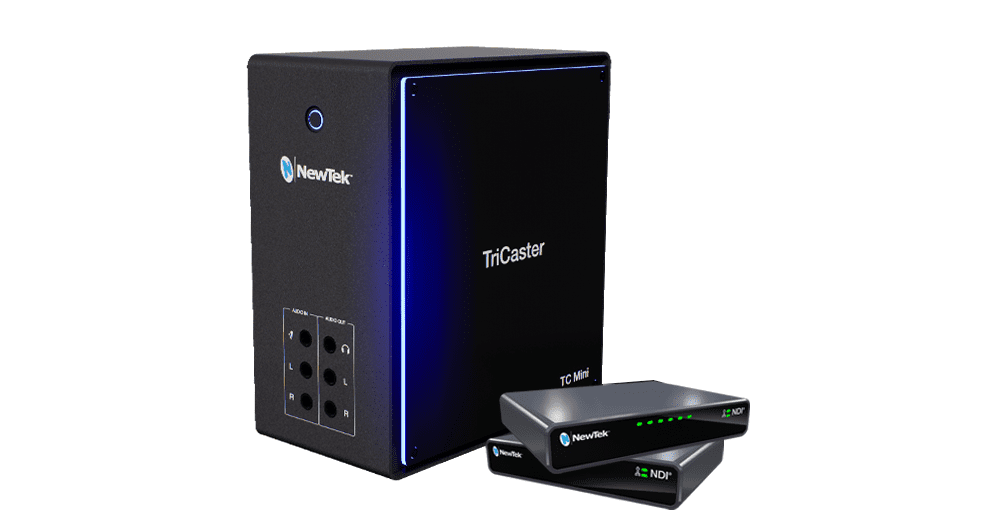 A custom travel case is included to carry all the TriCaster Mini components. Read more below about the items in this bundle.

The TriCaster Mini from NewTek is a compact, all-in-one multimedia solution that allows you to simultaneously broadcast, stream, and record live productions from virtually anywhere. The switcher makes it easy to switch between up to eight IP NDI video sources, mix audio, add graphics and titles, and add advanced effects like virtual sets and animated transitions. Using the same intuitive and fully featured control software as the rest of the TriCaster professional line, the TriCaster Mini is suited for both new users and seasoned pros.

You can choose from eight NDI devices over the network, including computers, PTZ cameras, or even wireless capture devices. The Mini allows you to output two independent streams over IP, as well as two independent NDI mix outputs. The Mini also includes two input modules that allow HDMI sources to instantly convert to NDI signals, connecting via PoE to the Mini. Four DisplayPort outputs with HDMI adapters are provided for sending the Program output with audio to external devices, two of which support multiview output with standard resolutions.

The TriCaster Mini can record up to four simultaneous video input or output signals at full resolution to an external storage drive connected via USB 3.0. The TriCaster Mini supports live streaming with presets available for industry-standard live content delivery networks such as YouTube and Facebook Live. Additionally, you can save a web-ready streaming file for later upload to popular social media or video-on-demand sites.

Present your audience with an immersive viewing experience defined by clarity and detail. Produce programs, performances, events and live sports in the resolution of your choice, all the way up to true UHD 4K (Ultra High-Definition). With just one system, you can switch between eight video sources, mix audio, add graphics and titles, and add advanced effects like virtual sets and animated transitions.

The Advanced TriCaster software built into the switcher provides compatibility with NewTek’s NDI protocol. You can also network with computers and wireless devices for presentations and screen sharing, stream to the web, publish to social media sites, and record content for later viewing.

The compact size of the TriCaster Mini allows you to produce and stream content from virtually anywhere. It’s small enough to fit into a backpack for easy travel and doesn’t require a studio full of gear to use.